The hackers put up a message threatening to reveal secrets of Nigerian authorities.

“We #Anonymous are out to expose government’s secret and dirty files”, it read.

The website was also not opening as at 9:25 am.

The commission says it adopts scientific research methods to gather data, analyze trends in line with the dynamism of the industry and advise government.

NBC receives, processes and considers applications for the establishment, ownership or operation of radio and television stations including cable television service, direct satellite broadcast and others. 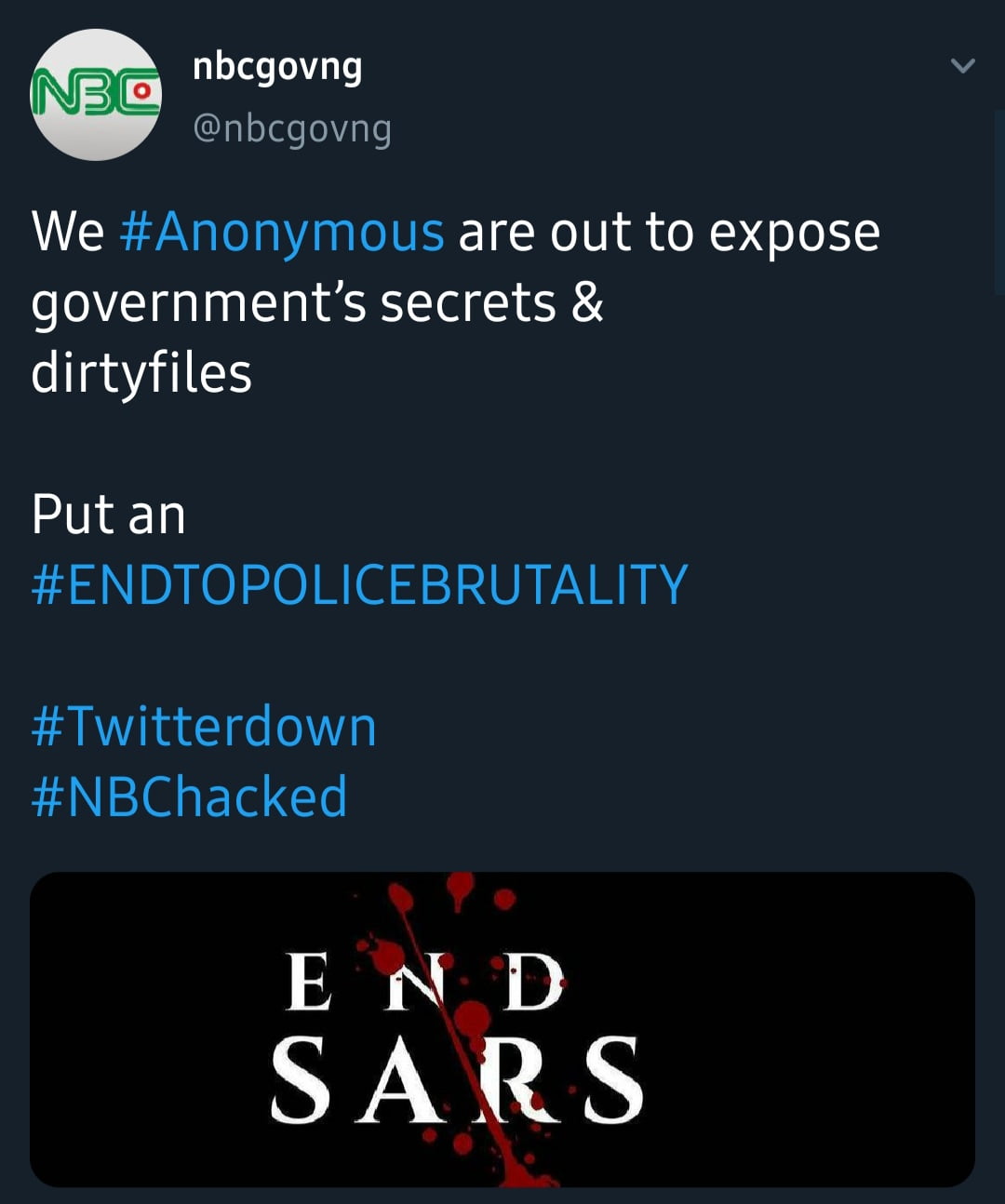 Open chat
TALK TO US