The British government has called for peaceful elections in Edo and Ondo States.

Nigerians will vote in the forthcoming polls scheduled for September 19 and October 10 respectively.

In a statement on Tuesday, the United Kingdom warned against violence.

“We look forward to seeing peaceful Edo and Ondo states elections, where the mandate of the people is respected and protected”, it read.

The UK said as the world rebuilds from COVID-19, countries must continue to embrace the tenets of transparency, responsiveness and accountability.

The world power said it would deploy monitors to the states and also support civil society organizations.

“The UK takes a strong stand against election related-violence and, just as we did in the general election in 2019, we will continue to take actions against individuals we identify as being responsible for the violence.

“This could include restrictions on their eligibility to travel to the UK, restrictions on access to UK based assets or prosecution international law”, the statement warned. 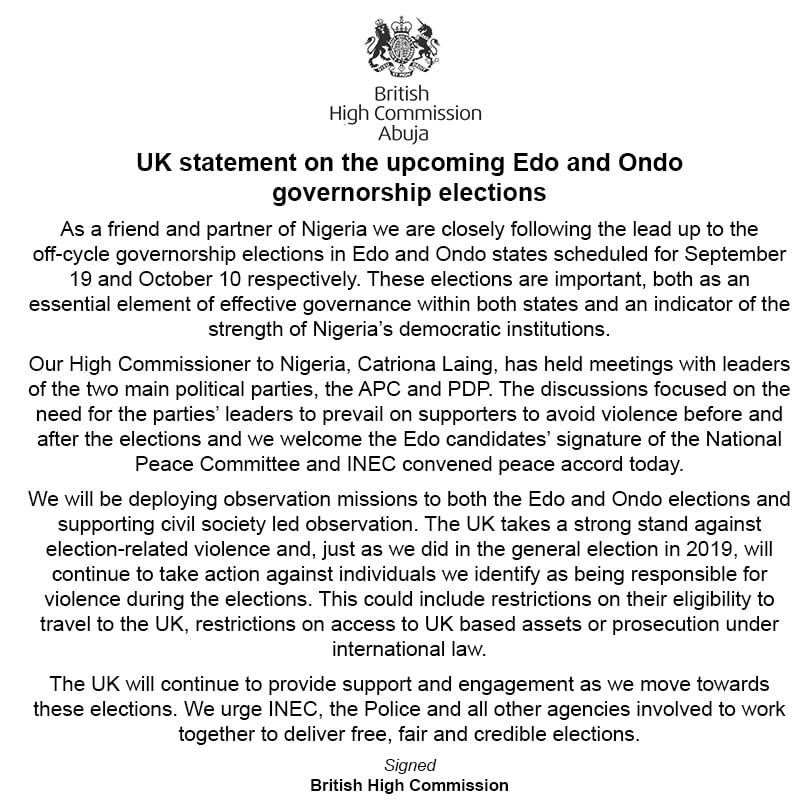