Forbes Africa in a tweet on Tuesday said the former Minister has been named “The 2020 African person of the Year.”
Reacting, Okonjo-Iweala, who is set to become the first African and first woman to lead the World Trade Organization, said she is thrilled.

“Thrilled to be named Forbes Africa-CNBC ‘2020 African of the Year’ following in the footsteps of my great brothers Paul Kagame and Akin Adesina.

“This award is for Africans suffering the health and economic impact of COVID-19. The energy and resilience of Africans inspires me,” she said.

Recall that Akinwumi Adesina, president of the African Development Bank (AfDB), won the award for his outstanding work in agriculture and finance in 2019.

Also, Paul Kagame of Rwanda won the same award in 2018. 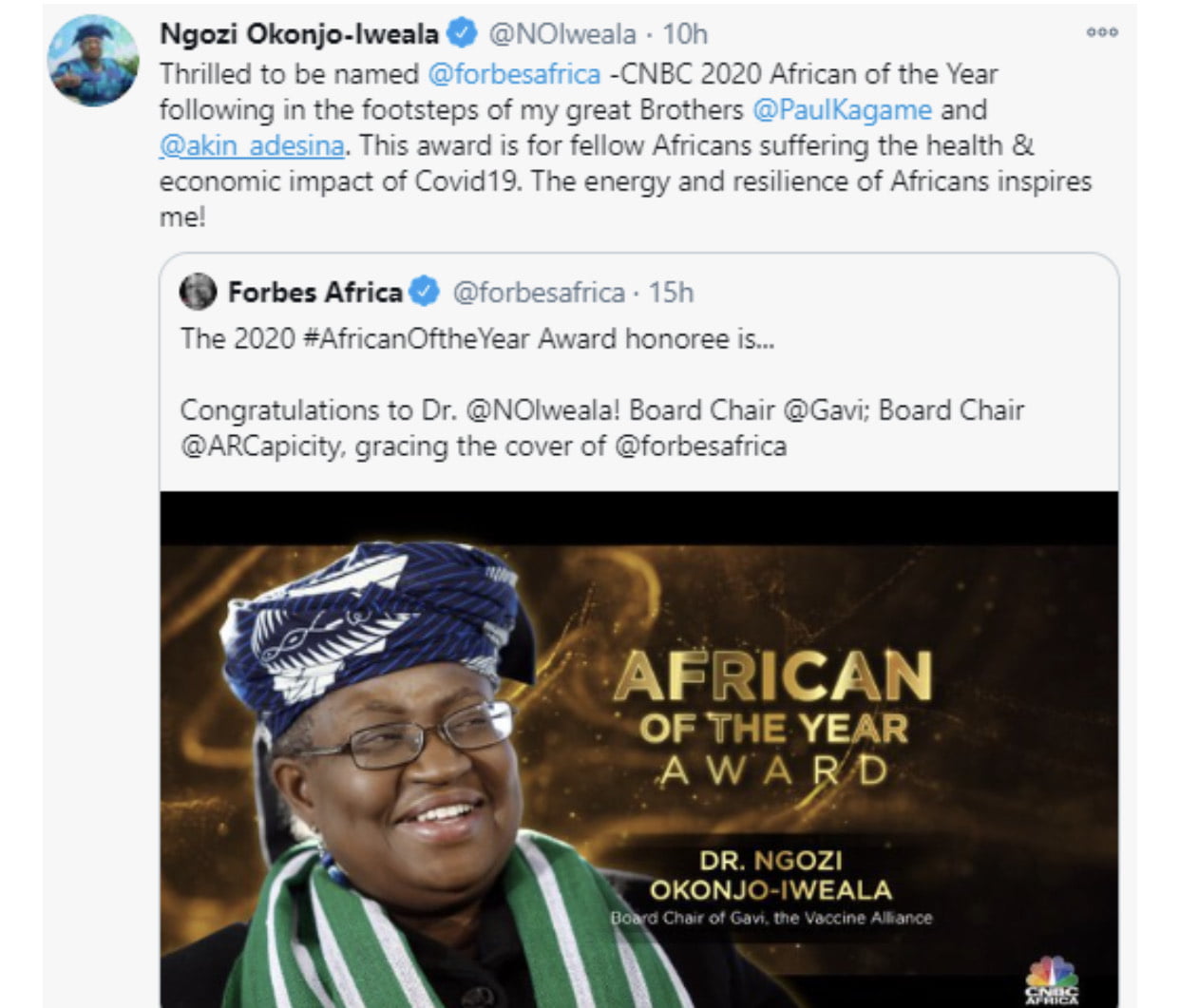 Gas-fired vehicles are cheaper to run – ...