The Independent National Electoral Commission (INEC) has published the final list of governorship candidates and their deputies, ahead of this year’s Ondo governorship election which will hold October 10.

The list had 17 political parties, their candidates and running mates.

The ruling All Progressives Congress (APC), the main opposition the Peoples Democratic Party (PDP) and 15 others made the cut. 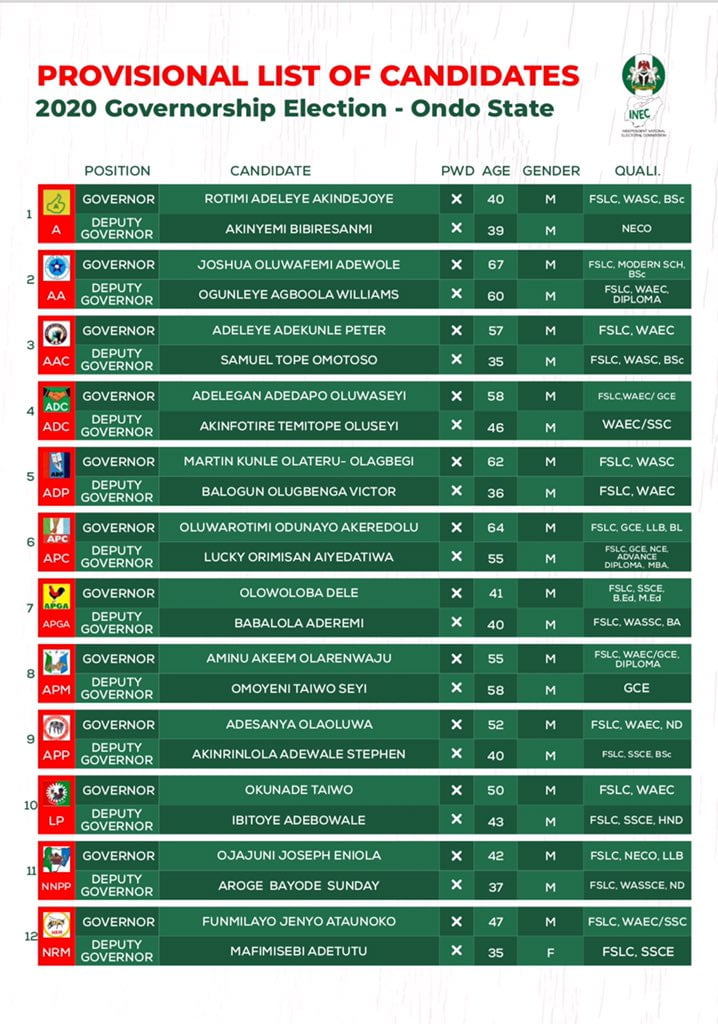 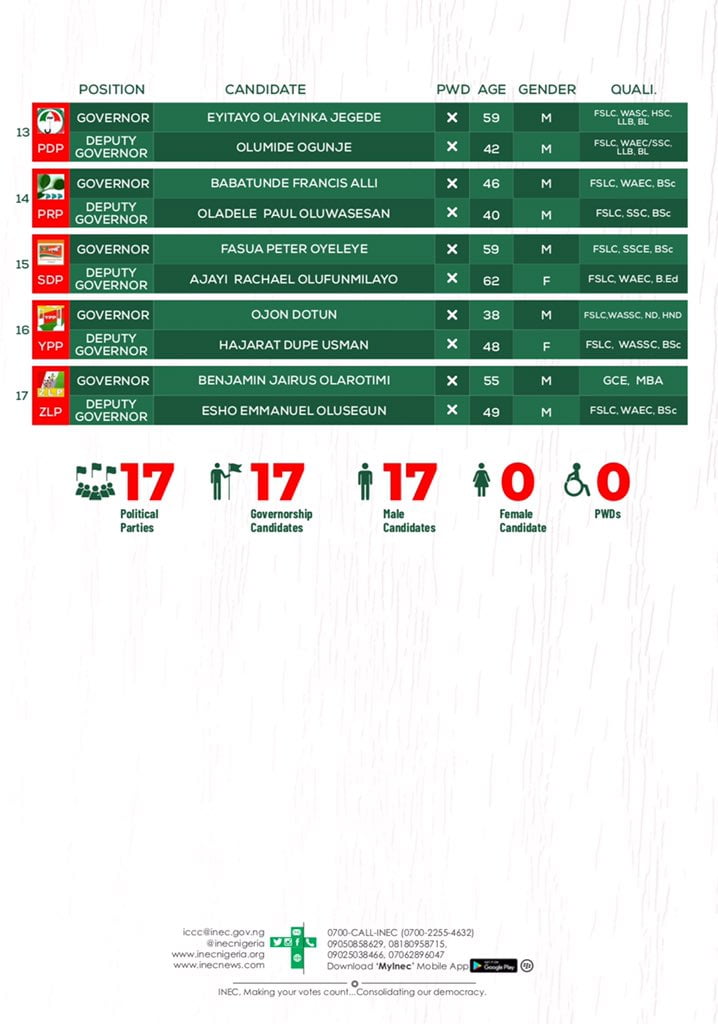